RICHMOND, Calif., Sept. 12, 2016 – As the 2016 fishing season starts to wind down, River2Sea announces an addition to the their pro staff family with the official signing of FLW Tour pro James Watson from Nixa, Mo.
Watson, a seven-year vet on the Tour joins Bassmaster Elite Series pros Ish Monroe, John Murray, Tommy Biffle and The Hunt for Big Fish host Larry Dahlberg on the River2Sea pro staff.
Climbing the ranks as a co-angler on the FLW Tour in 2009, Watson made his first trip to the Forrest Wood Cup the same year and a leap to the front of the boat the following season.
In 2015, Watson caught the attention of many with a victory in the Bassmaster Central Open on Table Rock Lake, touting the River2Sea Whopper Plopper as one of the two topwater lures responsible for his success.
“I was happy to hear the Whopper Plopper get credit, because most anglers want to keep the effectiveness of this lure a secret,” said Simon Chan, River2Sea CEO.
“The Whopper Plopper is a bait that is wrecking ‘em across the country, but so many of the guys want to keep it for themselves; so we knew when James was open to sharing the best-kept secret of the West had helped him win, he would fit right into the family,” added River2Sea National Sales Manager Angelo Alorro.
Although the Open win brought it to the forefront, Watson had been a longtime user of River2Sea topwater lures. “I’ve fished them for years, because they are phenomenal, well-made products,” he said.
An introduction of Watson to Chan and Alorro by fellow River2Sea pro staff Ish Monroe sealed the deal and the joint venture was born. “I think Simon and Angelo are real cool cats and I’d party with them anytime. I am excited to work with everyone at River2Sea and am looking forward to a long-term relationship with the company.” 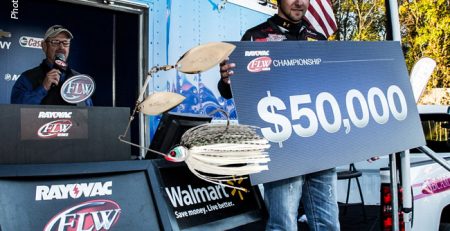 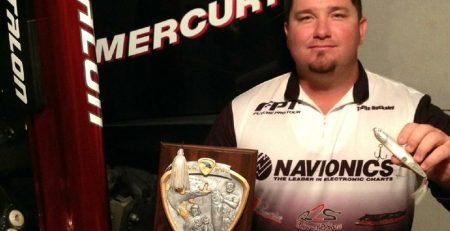